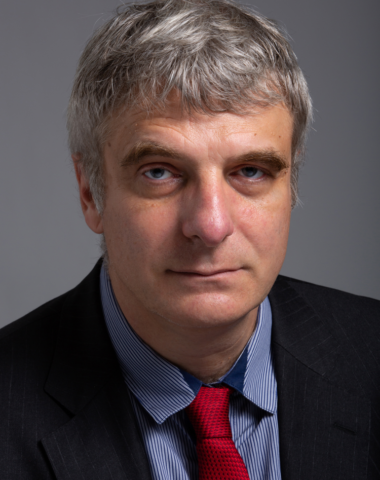 With a PhD in mathematics from the University of Paris-Sud, Yves Laszlo is a world-renowned specialist in algebraic geometry. After a career at the CNRS and Pierre and Marie Curie University (UPMC), he became an associate professor at École polytechnique in 2004, in the Laurent-Schwartz Mathematics Centre (CMLS), which he headed from 2006 to 2010. He then became a professor at the University of Paris-Sud, before going on to launch and head the Jacques-Hadamard Mathematics Foundation and its LabEx LMH, which brings together mathematicians from the Plateau de Saclay. From 2012 and 2019, he was deputy director for Sciences at École normale supérieure de Paris.